The Bhagavad Gita is the Crown-jewel of India’s spiritual wisdom. Spoken by Lord Sri Krishna, the Supreme Personality of Godhead to His intimate friend Arjuna, the Gita’s seven hundred verses provide a definitive guide to the science of self-realization. No other book reveals, in such a lucid and profound way, truths like the Gita does.

His Divine Grace A.C. Bhaktivedanta Swami Prabhupada is exclusively qualified to present this English translation and commentary on Bhagavad Gita. He is the world’s foremost Vedic scholar and teacher, and stands as the current representative of an unbroken chain of fully self-realized spiritual masters beginning with Lord Krishna Himself. Thus, unlike other editions of the Gita, “Bhagavad Gita As It Is” is presented “as it is”– without the slightest adulteration.

His works are highly adored by students, academics and laymen alike. His works are extensively used in college courses as standard textbooks.

Chapter 1 – Observing the Armies on the Battlefield of Kurukṣetra

Chapter 2 – Contents of the Gītā Summarized

Chapter 7 – Knowledge of the Absolute

Chapter 9 – The Most Confidential Knowledge

Chapter 10 – The Opulence of the Absolute

Chapter 13 – Nature, the Enjoyer, and Consciousness

Chapter 15 – The Yoga of the Supreme Person

Chapter 16 – The Divine and Demoniac Natures

Chapter 17 – The Divisions of Faith 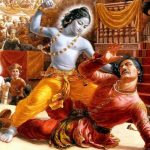 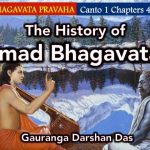