Not by merely abstaining from work can one achieve freedom from reaction, nor by renunciation alone can one attain perfection.[4]

One who restrains the senses of action but whose mind dwells on sense objects certainly deludes himself and is called a pretender.[6]

On the other hand, if a sincere person tries to control the active senses by the mind and begins karma-yoga [in Kṛṣṇa consciousness] without attachment, he is by far superior.[7]

Perform your prescribed duty, for doing so is better than not working. One cannot even maintain one’s physical body without work.[8]

Work done as a sacrifice for Viṣṇu has to be performed; otherwise work causes bondage in this material world. Therefore, O son of Kuntī, perform your prescribed duties for His satisfaction, and in that way you will always remain free from bondage.[9]

In the beginning of creation, the Lord of all creatures sent forth generations of men and demigods, along with sacrifices for Viṣṇu, and blessed them by saying, “Be thou happy by this yajña [sacrifice] because its performance will bestow upon you everything desirable for living happily and achieving liberation.”[10]

The demigods, being pleased by sacrifices, will also please you, and thus, by cooperation between men and demigods, prosperity will reign for all.[11]

In charge of the various necessities of life, the demigods, being satisfied by the performance of yajña [sacrifice], will supply all necessities to you. But he who enjoys such gifts without offering them to the demigods in return is certainly a thief.[12]

The devotees of the Lord are released from all kinds of sins because they eat food which is offered first for sacrifice. Others, who prepare food for personal sense enjoyment, verily eat only sin.[13]

A self-realized man has no purpose to fulfill in the discharge of his prescribed duties, nor has he any reason not to perform such work. Nor has he any need to depend on any other living being.[18]

Therefore, without being attached to the fruits of activities, one should act as a matter of duty, for by working without attachment one attains the Supreme.[19]

Kings such as Janaka attained perfection solely by performance of prescribed duties. Therefore, just for the sake of educating the people in general, you should perform your work.[20]

Whatever action a great man performs, common men follow. And whatever standards he sets by exemplary acts, all the world pursues.[21]

O son of Pṛthā, there is no work prescribed for Me within all the three planetary systems. Nor am I in want of anything, nor have I a need to obtain anything—and yet I am engaged in prescribed duties.[22]

For if I ever failed to engage in carefully performing prescribed duties, O Pārtha, certainly all men would follow My path.[23]

As the ignorant perform their duties with attachment to results, the learned may similarly act, but without attachment, for the sake of leading people on the right path.[25]

The spirit soul bewildered by the influence of false ego thinks himself the doer of activities that are in actuality carried out by the three modes of material nature.[27]

One who is in knowledge of the Absolute Truth, O mighty-armed, does not engage himself in the senses and sense gratification, knowing well the differences between work in devotion and work for fruitive results.[28]

Bewildered by the modes of material nature, the ignorant fully engage themselves in material activities and become attached. But the wise should not unsettle them, although these duties are inferior due to the performers’ lack of knowledge.[29]

Therefore, O Arjuna, surrendering all your works unto Me, with full knowledge of Me, without desires for profit, with no claims to proprietorship, and free from lethargy, fight.[30]

Those persons who execute their duties according to My injunctions and who follow this teaching faithfully, without envy, become free from the bondage of fruitive actions.[31]

But those who, out of envy, disregard these teachings and do not follow them regularly are to be considered bereft of all knowledge, befooled, and ruined in their endeavors for perfection.[32]

It is far better to discharge one’s prescribed duties, even though faultily, than another’s duties perfectly. Destruction in the course of performing one’s own duty is better than engaging in another’s duties, for to follow another’s path is dangerous.[35]

The Supreme Personality of Godhead said: It is lust only, Arjuna, which is born of contact with the material mode of passion and later transformed into wrath, and which is the all-devouring sinful enemy of this world.[37]

Thus the wise living entity’s pure consciousness becomes covered by his eternal enemy in the form of lust, which is never satisfied and which burns like fire.[39]

The senses, the mind and the intelligence are the sitting places of this lust. Through them lust covers the real knowledge of the living entity and bewilders him.[40]

Thus knowing oneself to be transcendental to the material senses, mind and intelligence, O mighty-armed Arjuna, one should steady the mind by deliberate spiritual intelligence [Kṛṣṇa consciousness] and thus—by spiritual strength-conquer this insatiable enemy known as lust.[43] 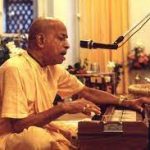 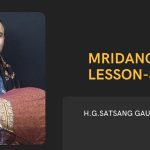