Jīva’s marginal nature and position has already been discussed in the previous chapter of this book. Due to his marginal constitution and the knowledge of God having forsaken him, the jīva has been imprisoned by māyā, who is always lying in wait nearby.

The Caitanya-caritāmṛta (Madhya. 22.12-15) has described this condition:

“Apart from the ever-liberated devotees, there are the conditioned souls, who always turn away from the service of the Lord. They are perpetually conditioned in this material world and are subjected to material tribulations brought about by different bodily forms in hellish conditions. As he is opposed to Kṛṣṇa consciousness, the conditioned soul is punished by the witch māyā, the Lord’s external energy. He is thus ready to suffer the threefold miseries: miseries brought by the body and mind, the inimical behaviour of other living entities and natural disturbances caused by the demigods. In this way, the conditioned soul becomes the servant of lusty desires, and when these are not fulfilled, he becomes a servant of anger and continues to be kicked by the external energy, māyā. Wandering and wandering throughout the universe, he may by chance get the association of a devotee physician, whose instructions and incantations makes the witch of the external energy flee. The conditioned soul thus gets in touch with the devotional service of Lord Kṛṣṇa, and in this way, he can approach nearer and nearer to the Lord.”

“Although the jīva sojourns in a material body, he is nonetheless extremely subtle and a transcendental principle. Even if one were to split up the tip of a hair into a thousand parts, it would still not be as subtle or as minute as the soul. Although the jīva is very minuscule compared to matter, yet he is spiritual, supramundane and eligible to serve the infinite, unlimited Lord.” (Svet.Up. 5.10)

“Jīva’s gross body alone is differentiated by symptoms of manhood and womanhood. Jīva sojourns in the body he receives as a result his karma. In truth, jīva is spirit soul. Although his external identity categorises him as man or woman, his physical identification is not his real self.” (Svet. Up. 5.11)

“Gradually and by the impetus of desire, touch, sight, illusion, eating, water, and rain the jīva advances from one material body to another in countless species, according to his karma.” (Svet.Up. 5.12)

“Jīva acquires many gross and subtle forms by the action of the particular material qualities to which he becomes attached. He, then, repeatedly, becomes covered over by changing forms, created by the qualities of activity and desire.” (Svet.Up. 5.13)

“Thus are māyā’s captive jīvas, thrown into the dungeon of material existence. If, by chance, the association of saintly souls awakens their faith, then gradually their devotional attitudes are enhanced. This endows them with knowledge of the Supersoul, (Paramātmā), who is beginningless, endless, the seed of all incarnations, the creator of the cosmic manifestation and who resides within it. Thus enlightened, the jīva becomes liberated from māyā’s bond.”

The jīvas have been described in the Vedānta-sūtra (35-38) in various ways:

“By turning away from the Supreme Lord, they, the jīvas, have become absorbed in the Lord’s separated energy—matter. Because of this, they are bewildered and deluded about their real identity. Due to this delusion, they are critically bound up in the terrible snare of lust and karmic activities. Their false identification with the gross and subtle bodies as their real self is the cause of their distress in material existence.”

The jīva is a spiritual, conscious, and cognisant being. As a product of the Lord’s taṭasthā śakti, marginal energy, the jīva was placed at the confluence of the material and spiritual worlds, from whence he observed both realms. Those souls who became slightly attracted by the knowledge of God-consciousness, and due to contact with such knowledge, aspired for transcendence and received spiritual strength from the hlādinī-sakti, the Lord’s internal pleasure giving potency. Inspired in this way, they developed eternal favourable attraction for the Lord, and were admitted as eternal associates of Lord Kṛṣṇa in the spiritual world.

While others, by their own free choice, became enchanted by māyā lying on the opposite side and became greedy for her. They were invited by māyā and developed attachment for the material world. Thus Mahāviṣṇu, the Lord of Māyā-Devi, who lies in the causal ocean, threw them into this mundane realm. This is the result of their not having any attraction for the Supreme Lord’s service, but rather for material sense objects. As soon as they entered māyā’s abode, she covered them with her avidyā, nescience potency. Entangled in nescience, their material absorption further dragged them down into the whirlpool of karmic reactions. Hence, these jīvas are compared to birds that are trying to enjoy the fruits of the tree of karma.
(Mund. 3.1.1; Svet. 4.6)

“Kṣīrodakaśāyī Viṣṇu and jīva, residents of the same aśvattha tree, which represents this material world, are like two friends. One of them (jīva) relishes the pippal fruits according to his karma. The other bird (Paramātmā), without eating the fruits, is simply the witness to the other’s action.”
(Mund. 3.1.2; Svet. 4.7)

“Jīva, the co-resident of that same tree, being completely charmed by māyā, became afflicted with intense lamentation and fell down.”

“Fear arises when the jīva misidentifies himself with the material body by absorption in the external, illusory energy. When the jīva thus turns his back to the Lord, he also forgets his constitutional position as the eternal servant of God” 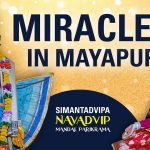 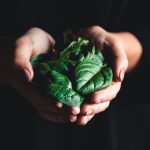