Before reciting, this Skanda Purana, which is the very means of conquest, one should offer respectful obeisances unto the Personality of Godhead, Vasudeva, unto Nara-narayana Rishi, the supermost human being, and unto mother Sarasvati, the goddess of learning.

Shrila Vyasadeva said, “At the forest of Naimisha, great sages, headed by Shaunaka Rishi, were engaged in a prolonged series of sacrificial performances. One day, my disciple, Suta Gosvami, came there with a desire to have the sages’ association.”

The sages welcomed Suta Gosvami and worshiped him with offerings of auspicious articles. Thereafter, as Suta Gosvami was seated at the head of the assembly, the sages said, “Please narrate to us the greatness of Lord Shiva, who carries a trident in his hand. We would like to hear about the merit achieved by worshiping him and meditating upon his pastimes.”

Suta Gosvami said, “In the eighteen Puranas, Lord Shiva is glorified as the supreme lord within this world. Indeed, he is considered to be practically on a level with the Personality of Godhead, Lord Vishnu. Of course, nowhere in the Puranas is Lord Shiva glorified as being superior to Lord Vishnu in any way. Still, his glorification is very prominent in the Puranas because materialistic men are advised to worship him for the fulfillment of their desires.”

“There is no doubt that one who hates Lord Shiva, or is envious of him, is a great sinner. It was Lord Shiva who swallowed the deadly poison and who destroyed the sacrifice of Daksha.” 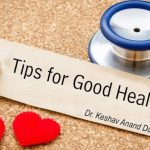 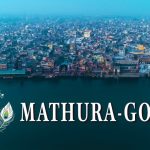