“I Am The Origin Of The Whole Creation. Everything Emanates From Me. The Wise Worship Me [Krishna] With Devotion.”

There are millions of universes and Lord Krishna is the origin of everything.

“With A Single Particle Of Myself [Krishna], I Maintain The Entire Creation.” 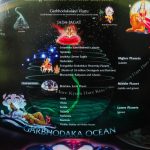 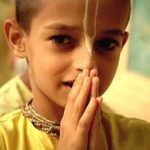 What is the meaning of the Tilak marking on the forehead?
Leave a comment