Another common metaphysical question is, “If all living entities are spiritually equal, then why is it acceptable to eat grains, vegetables, etc., and not meat? Aren’t vegetarians guilty of killing vegetables?” In response, it may be pointed out that vegetarian foods such as fruits, nuts, milk, and grains do not require any killing. But even in those cases where a plant’s life is taken, the pain involved is much less than when an animal is slaughtered, because the plant’s nervous system is less developed. Clearly there is a vast difference between pulling a carrot out of the ground and killing a lamb. But still, one must undoubtedly suffer karmic reactions even for killing plants.

For this reason, Lord Kṛṣṇa explains in Bhagavad-gītā that not only should man eat only vegetarian foods, but he should also offer these eatables to Him. If we follow this process of sacrifice, the Supreme Lord Kṛṣṇa, protects us from any karmic reactions resulting from the killing of plants. Otherwise, according to the law of karma, we are personally responsible. The Gītā states,

Śrīla Prabhupāda elaborates on this principle of spiritual vegetarianism. “Human beings are provided with food grains, vegetables, fruits, and milk by the grace of the Lord, but it is the duty of human beings to acknowledge the mercy of the Lord. As a matter of gratitude, they should feel obliged to the Lord for their supply of foodstuff, and they must first offer Him food in sacrifice and then partake of the remnants.” By eating such sanctified food-prasādam-one is protected from karmic reactions and advances spiritually. 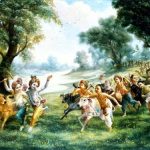 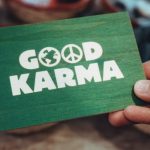