“If you accept somebody as guru, then you have to corroborate it whether sastra says that he is guru or any saintly person says that he is guru. This is the way. Similarly, when you take a scripture, you have to know it from the spiritual master, whether that is actually scripture, whether it is accepted by the saintly person. Sadhu. Similarly sadhu also, whether guru says, “Yes, he is sadhu.” Whether sastra says, “Yes, he is sadhu.” There are three things, sadhu-sastra-guru. So to accept one, you have to take the opinion of the other two. Then you’ll get the right way.” 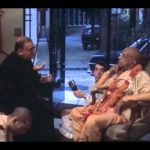 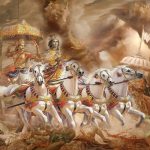