“There is a misconception,” wrote His Divine Grace A.C. Bhaktivedanta Swami Prabhupada in 1977 in Science of Self Realization, “that the Krishna consciousness movement represents the Hindu religion. Sometimes Indians both inside and outside of India think that we are preaching the Hindu religion, but actually we are not.” In chapter three of the book [available from Bhaktivedanta Archives, P.O. Box 255, Sandy Ridge, North Carolina 27046 USA], this startling point is made several times:

Followers of Srila Prabhupada have assembled all of his letters, books, lectures, interviews and conversations on the Bhaktivedanta Vedabase [available here]. This CD-Rom database yielded 183 references to Hinduism, which were compiled and analyzed to understand Srila Prabhupada’s point of view.

Often Srila Prabhupada would simply deny the existence of a religion called “Hinduism.” He attributed the improper designation to “foreign invaders.” At other times he acknowledged the existence of the faith, but considered it a hopelessly degraded form of the original Sanatana Dharma of the Vedas. In his April, 1967, New York lectures he remarked, “Although posing as great scholars, ascetics, householders and swamis, the so-called followers of the Hindu religion are all useless, dried-up branches of the Vedic religion.” ISKCON, he believed, was the only true exponent of the Vedic faith today. In an interview given for Bhavan’s Journal on June 28, 1976, he said,

India, they have given up the real religious system, Sanatana Dharma. Fictitiously, they have accepted a hodgepodge thing which is called Hinduism. Therefore there is trouble.

The Guru frequently explained his position, and acted upon his beliefs in establishing his dynamic society. At a 1974 Mumbai lecture, he declared,

Srila Prabhupada was aware that the Indian community had a mistaken impression of his Hinduness. In a 1970 letter to a temple administrator in Los Angeles, he wrote, “The Hindu community in the West has got some good feeling for me because superficially they are seeing that I am spreading Hindu religion, but factually this Krishna Consciousness movement is neither Hindu religion nor any other religion.” That remains the case today, for Srila Prabhupada left no successor with the authority to change his spiritual edicts.

Considering ISKCON’s appearances–member’s dress, names, bhajana, festivals, worship, scripture, pilgrimage, temple building, and so forth–it’s little wonder that so many have assumed they are Hindus. To find out they are not will certainly surprise many–Hindus and non-Hindus alike. It may even surprise a few Hare Krishnas themselves. 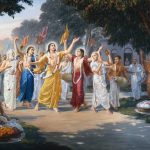 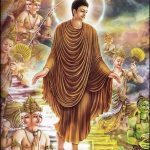