“Although I am unborn, imperishable, eternal, and the Lord of all living beings, using My internal energy, I still appear in My original spiritual form [human like form].”

Lord Krishna has a body that is most beautiful, eternal, full of bliss, and knowledge. He appears in His original spiritual body once in every 8.64 billion years. He last appeared 5000 years ago on this planet in the current cycle of creation and annihilation. The duration of each cycle is 311 trillion, 40 billion years and so far we have passed 155.522 trillion years and thus we still have 155.518 trillion years to go before this cycle ends (end of the universe). Lord Krishna has appeared more than 18,000 times (155.522 trillion divided by 8.64 billion) in his original spiritual body (the same body each time) on this planet in the current cycle so far. Before this cycle there were trillions of cycles (each of 311 trillion, 40 billion years) and He has appeared in each and every cycle, thousands of times in His eternal spiritual body (the same body). Just think how great Lord Krishna (God) is?

“Foolish men, disregard me when I appear in a human like body. They do not know that my nature is spiritual, and I am the great Lord of everything.

Lord Krishna appears in the same body each time He appears, but we cannot. This is one of the differences between God and the living beings. The foolish and less intelligent cannot understand that the supreme person appears in His human like form on this planet to perform transcendental pastimes. 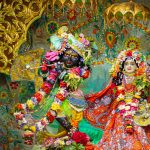 Description of God
Next Article 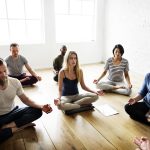