The Hare Krishna Community Radio is now expanding its airwaves to all reaches around the world. Now broadcasting from South Africa, the Durban affiliates offers three new weekly shows:

Headed by HG Dangati Das, also known as Diresh Sinath, who has a vast experience in the radio industry. He began his career on South Africa’s public broadcaster SABC – LotusFM, in 2005. He later held the position of station manager at a community radio station in Phoenix and then moved to a campus radio station at Mangosuthu University of Technology, in the capacity of station manager. He is currently developing his own radio training academy and now hosts the Kalpa Vrksha Show on Saturday mornings.

It is a show that delivers lively and vibrant spiritual information and entertainment content. Prior to joining the radio industry, Dangati Das served as a full-time brahmacari at the Sri Sri Radha-Radhanath, Temple of Understanding in Chatsworth. He became interested in Krsna Consciousness in 1993 after reading Science of Self-Realization, which was given to him by His Holiness Bhakti Ciatanya Swami during one of Maharaj’s school tours in the Durban area.In 1998, he received initiation from His Holiness Partha Sarathi Das Goswami, and his primary service was to assist the pujaris. He became a fulltime pujari at Sri Sri Radha Radhanath after receiving his brahmana initiation in 2004. He also practiced harinam sankirtan for many years while living at the temple. He is now currently serving at Phoenix’s New Jagannath Puri Temple.

Also joining the station, as the voices of the station is Her Grace Vraja Sundari and her 5-year-old son Nrsinga Caran from New Zealand. Vraja Sundari is an aspiring disciple of HH Bhakti Caitanya Swami maharaj, she is a contemporary and Bharatanatyam dancer and narrates different pastimes of the Lord on the Kalpa Vrksha Show. In addition to this she is an editor for the Vaisnava Online Magazine. She has a Bachelor of Science degree in Biochemistry and Microbiology, graduated with honours in Biochemistry, and is currently a Maths and Science specialized educator in New Zealand.

Following the Kalpa Vrksha Show is the Jiv Jago Show with Her Grace Gokulendrani Dasi. In the beginning of this year, she took initiation from His Holiness Partha Sarathi Goswami.

Gokulendrani Dasi is a Life Couch and a qualified foundation phase educator. She also has extensive experience in the financial and customer service sectors. In recent months, she has begun her own Life Coaching practice. She is a trained kathak dancer and percussionist, as well as a photographer with a keen eye. Her aspiration in life is to always be able to help others, especially spiritual life. “Dovetailing my Krsna Consciousness within the framework of my life couching practise is an aspiration I am eager to fulfil. I choose Lord Chaitanya’s famous instruction, “Jiv Jago” as my practise name in hopes of assisting fallen souls re-establish their relationship with Krsna. This may not be an easy feat, but by the mercy of my spiritual master I am determined to assist Srila Prabhupada in this manner.”

Nitai Pada Das is a disciple of His Holiness Bhakti Ciatanya Swami, hosts the Windows to the Spiritual World show. He was born in Durban and now resides in Mauritius. He was the first youth to join New Jagannath Puri the temple at the age of 16. He is an accomplished Kirtan Leader and plays the harmonium as well as the mrdanga which were introduced to him by the mercy of His senior mentors. He has developed a website whereby he teaches devotees harmonium and mrdanga. “The window to the spiritual world show literally gives you a glimpse of the spiritual world as there is no difference between God, Krishna, and His Holy name. Therefore wherever the Lords holy name is chanted, the person chanting is purified as well as those around the chanting.” says Nitai Pada Das

“Radio, like books, has the power to transform one’s mind. Hare Krishna Community Radio’s vision is to transform the listener’s mind into a spiritual theatre. We intend to bring Srila Prabhupada’s message alive in the minds and hearts of people from all walks of life.”

“We also want to create an innovative team and vision that brings the best of the Hare Krishna Community in all its dimensions: devotional, cultural, intellectual, and lifestyle. We are looking for devotees with creative content to present shows, conduct podcasts, social media promoters, fundraising, communications, management, and visionaries to help us build the radio to the level we want, especially for international outreach.

Founded by Sudharma devi, a senior disciple of Srila Prabhupada, Hare Krishna Community Radio represents a consortium of musicians, podcast hosts, story tellers, and speakers who have lent their name and works to the station

You can catch all the shows on Saturdays from 7am to 1pm South African times and then 10am to 4pm Alachua time.

You can use the following link to access the station 24 hours day or simply play the snippet above ☝🏻.
krishna108.airtime.pro 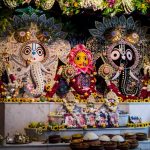 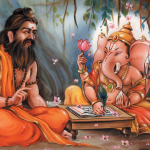