Being raised in the Western world we were exposed to many cultures. And in South Africa, under the apartheid government, we were subject to what was called Christian National education. Of course, the agenda of the National party was different…it was to support the superiority of a “chosen race” while perpetuating the idea that everyone else’s culture was inferior. Practically the same agenda of colonialists existed all over the world, to relegate all colonized cultures to barbarism and savagery!

It is with some pride though, I cast a retrospective glance, that through all that propaganda, I was still able to understand the depth of Jesus Christ’s mission and divine character. I relished the touching story of the appearance of Jesus in a manger to Mary and Joseph.

I owe this to my parents whose Hindu background facilitated my understanding of the “God sends His agents” to teach people! It seems that I also knew intuitively this point.

Thus, when encountering the Hare Krsna movement and the voluminous literature given by His Divine Grace A.C.Bhaktivendanta Swami Prabhupada, I was most gratified to read his explanation about Jesus Christ.

“Once, in Melbourne, a group of Christian ministers came to visit me. They asked, “What is your idea of Jesus Christ?” I told them, “He is our guru. He is preaching God consciousness, so he is our spiritual master.” The ministers very much liked that.”
(The Science of Self Realization, 1977: 136-137).

“any bona fide preacher of God-consciousness must have the qualities of titiksa (tolerance) and karuna (compassion). In the character of Lord Jesus Christ, we find both these qualities. He was so tolerant that even while he was being crucified, he didn’t condemn anyone. And he was so compassionate that he prayed to God to forgive the very persons who were trying to kill him. (Of course, they could not actually kill him. But they were thinking that he could be killed, so they were committing a great offense.) As Christ was being crucified he prayed, “Father, forgive them. They know not what they are doing.”
(SSR, 1977:135).

A preacher of God-consciousness is a friend to all living beings. Lord Jesus Christ exemplified this by teaching, ‘Thou shall not kill.’ But the Christians like to misinterpret this instruction. They think the animals have no soul, and therefore they think they can freely kill billions of innocent animals in the slaughterhouses.”
(SSR, 1977:136).

“Christ can take the sufferings for the previous sins of his devotees. But first, they have to be sane: ‘Why should I put Jesus Christ into suffering for my sins? Let me stop my sinful activities.’ “
(SSR, 1977:136).

The real devotee of God, as Srila Prabhupada is, sees with divine clarity the position of other devotees of God and their mission. This depth of vision helps us move beyond the inflexibility and fanaticism extant in narrow understandings of religion.

Thus we appreciate the teachings of the great souls that come to this planet. As Srila Prabhupada expressed:

Hence the devotee is a proper follower of Christ’s teachings.
Five thousand years ago Sri Krsna, the Supreme Lord spoke the divine teachings of Bhagavad-Gita, the same teachings that Jesus taught, in a summarized way, appropriate for the context and consciousness of those he preached to. As Srila Prabhupada says: “Of course, the message that Christ preached was just according to his particular time, place, and country, and just suited for a particular group of people.”
Today the appearance of the sublime Bhagavad-Gita coincides with Christmas, making it even more auspicious! Gita Jayanti is called.

In this mood of appreciation, we offer our respects to Jesus Christ on his appearance day and pray that he may bless us to advance in our devotion his beloved father. 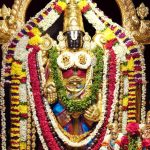