Srila Bhaktisiddhanta Sarasvati Thakhur, one of our most powerful Gurus in the Brahma Madhava Gaudiya Vaisnava Sampradaya, the founder of the Gaudiya Math and the spiritual master of Srila Prabhupada, explains this clearly and brilliantly in Sri Brahma Samhita.

This book contains the hymns of Lord Brahma. Lord Caitanya Mahaprabhu rediscovered a part of the work, the 62 verses of chapter five, which had previously been lost for a few centuries, at the Adikesava Perumal Temple, Kanyakumari in South India.
Here is the verse and translation:

Translation
The external potency Māyā who is of the nature of the shadow of the cit potency, is worshiped by all people as Durgā, the creating, preserving and destroying agency of this mundane world. I adore the primeval Lord Govinda in accordance with whose will Durgā conducts herself.

In the purport Srila Bhaktisiddhanta makes the following points (I cite):

So Durga is the material energy (Maha maya) a shadow of Krsna’s Yoga maya. She is a devotee of Krsna who does her duty only on accordance with Krsnas will. We offer her respects and ask her to allow us to engage in the devotional service of her Lord, Sri Krsna.

We offer respects to all demigods. However we dont make any separate endeavour to worship them.
As devotees though we dont make any special arrangements during this time….when we offer Their Lordships Sri Sri Radha Radhanath bhoga, Durga devi is included in her original form as Yoga maya.

In Teachings of Lord Caitanya, Chapter 12 it is stated:

“Whoever fully engages himself in the service of the Lord, O King, is no longer indebted to the demigods, the sages, other living entities, his relatives, the forefathers or to any man”.

It is obvious that Srila Bhaktisiddhanta Sarasvati Thakhur dissuades the materialistc worship of Durga devi or any other demigods. 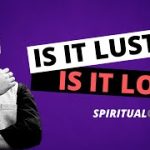 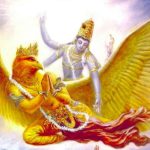 By what actions do persons attain sinful births?
Leave a comment