Śrī Caitanya Mahāprabhu said to Raghunātha Bhaṭṭa, ”When you return home, serve your aged father and mother, who are devotees, and try to study Śrīmad-Bhāgavatam from a pure Vaiṣṇava who has realized God.”

One should note how Śrī Caitanya Mahāprabhu, the Supreme Personality of Godhead, advised Raghunātha Bhaṭṭācārya to learn Śrīmad-Bhāgavatam. He advised him to understand Śrīmad-Bhāgavatam not from professional men but from a real bhāgavata, a devotee. He also advised Raghunātha Bhaṭṭa to serve his mother and father because they were both Lord Caitanya’s devotees. Anyone who wishes to advance in Kṛṣṇa consciousness must try to serve the devotees of Kṛṣṇa. As Narottama dāsa Ṭhākura says, chāḍiyā vaiṣṇava-sevā nistāra peyeche kebā: ”Without serving a self-realized Vaiṣṇava, no one has ever been released from the materialistic way of life.” Śrī Caitanya Mahāprabhu would have never advised Raghunātha Bhaṭṭa to serve ordinary parents, but since his parents were Vaiṣṇavas, the Lord advised him to serve them.

One might ask, ”Why shouldn’t ordinary parents be served?” As stated in Śrīmad-Bhāgavatam (5.5.18):

”One who cannot deliver his dependent from the path of birth and death should never become a spiritual master, a relative, a father or mother, or a worshipable demigod, nor should such a person become a husband.”

”One should perform only those activities—either worldly or prescribed by Vedic rules and regulations—which are favorable for the cultivation of Kṛṣṇa consciousness.”

Concerning the study of Śrīmad-Bhāgavatam, Śrī Caitanya Mahāprabhu clearly advises that one avoid hearing from a non-Vaiṣṇava professional reciter. In this connection Sanātana Gosvāmī quotes a verse from the Padma Purāṇa:

”No one should hear or take lessons from a person who is not a Vaiṣṇava. Even if he speaks about Kṛṣṇa, such a lesson should not be accepted, for it is like milk touched by the lips of a serpent.” 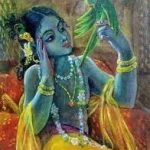 Krsna teaches the parrot to recite a mantra
Next Article 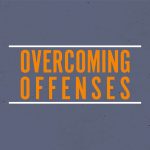 The Ten Offenses to the Holy Name
Leave a comment